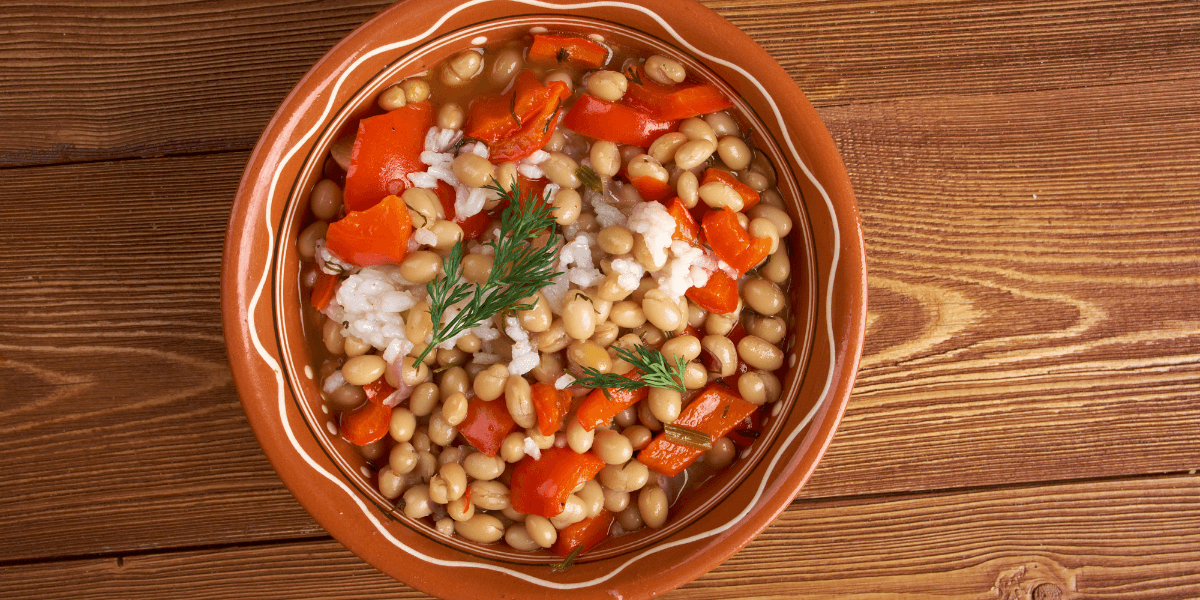 My thoughts on this Best Vegan Hoppin’ John Recipe

This Vegan Hoppin’ John recipe is a special one, especially to a southern boy like me. I mean this is probably the best vegan hoppin’ john recipe out there! Like most foods, the particular recipe has hidden origins and its history is misunderstood.

This well-traveled dish has seen its fair share of culture and has evolved completely as time and distance manipulated its composition.  This just goes to show how fluid food can be, and how more times than not; it gets lost in translation.

Let’s begin where it all started, West Africa. Originally, this was a beans and rice dish used for sustenance by West African tribes. The main ingredient was the black eye pea.

But wait? Didn’t you just say beans? Well, according to reliable sources, the black eye pea isn’t a pea at all. It is technically considered a legume, so it’s a bean for sure. These delicious morsels are also known as cowpeas and they have been cultivated around the world for a very long time.

Ok, back to our history Lesson.

The dish was very simple to them, but completely unknown to us. Fast forward a few years to the beginning of slavery, particular parts of Africa were being plundered for slaves to bring to America. This was the medium in which the black eye pea, and Hoppin’ john used to get to America.

These were dark times, frankly. Slavery was a bad time, but somehow Hoppin’ john emerged from the negativity. It took time though, like I said earlier the dish had to evolve and to do that; it had to be passed on.

What do you think happened next?

We took this lack-luster 1-pot dish and we added vegetables, copious amounts of bacon, and other local herbs and spices.  Now were talking! Hoppin’ John was born! Eventually, word got out and it spread over the south like wild fire! The dish still is evolving to this day. Most of the time I see it, it is saucy and stew like. Whilst, its origins were nothing of the sort.

So what is Hoppin’ John? Essentially, Hoppin’ John is a stew. Or better yet it is stewed.  Black eye peas are cooked in a liquid flavored with vegetables and pork. The meat is interchangeable honestly but the American tradition is bacon or ham hocks. I personally believe ham hocks are more flavorful.

Now I know what your thinking. What’s this guy talking about Hoppin’ John for? This is a plant-based blog. We guys, I have developed a Hoppin’ John recipe that is delicious and vegan! Let’s get ready to cook!

What is Vegan Hoppin’ John?

This vegan hoppin’ john recipe is a plant based twist of the original recipe. I would classify this as a stew, more specifically a black eye pea stew. This stew is typically made from stewing black eye peas

When making the best vegan hoppin’ john recipe we are going to utilize ingredients like BBQ sauce, sherry vinegar, and fire roasted red peppers to achieve the depth of flavor we are looking for.

How to Make This Vegan Hoppin’ John Recipe

This hoppin’ john is so easy to make. I designed this recipe as a vegan option for a restaurant I was the chef at so I made it damn near impossible to mess up.

First off, you can start by cutting all your vegetables and gathering all of your ingredients to make this process as efficient as possible. We will start off by cooking our vegetables in the pot with a little oil. To get the most flavor, we will caramelize the vegetables until they begin to brown.

Next, we will ad the pureed peppers to the mix. This is going to act as the “tomato paste” element in this recipe. We want to cook all the moisture out of this and start to develop some “Fond” on the bottom of the pan. This caramelized matter on the bottom of the pot is called “Fond”. Fond is very crucial when it comes to 1-pot sauces and soups. Remember this term.

Now we will add our remaining ingredients to the pot and simmer until the soup is at your desired consistency. This is different for every one, I like my stew pretty thick so I cook mine for 10-15 minutes.

Be sure to season your Vegan Hoppin’ John Recipe with salt and pepper at the end of the process. This will really boost the flavor!

How to Store This Best Vegan Hoppin’ John Recipe

This stew is one of those types of recipes that are better the next day. So plan ahead and make this soup before you need it! This will really blow your friends and family away!

After cooking remove the vegan hoppin john from the heat. The best way to cool this down, is to let it sit at room temp for 30 min or so to get that aggressive heat to go down. You never want to go straight to the fridge because that can mess your fridge up and cause bacteria to form.

After cooling at room temp for a bit, you can now transfer to your storage vessel. Don’t cover until its completely cool! Then make sure it is sealed up tight. This Best Vegan Hoppin’ John Recipe will last in the fridge up to a week and in the freezer up to 2 months!

1 Stirring Utensil ( my choice would be a rubber spatula)

Be sure to have some towels and whatever else you need to be successful in making this recipe! 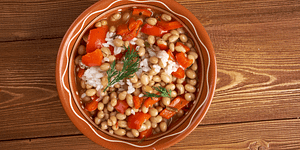 If you like this recipe check out some other popular recipes I have!!

Shout out to some other vegan blogs that know about the hoppin john movement!

Thanks everyone for checking out the blog and showing support. Have you made this recipe? Let me know in the comments how it turned out!