I came across this Vegan herb Aioli recipe during my first years as a chef. The chef I worked for was an aggressive character to put lightly. The other cooks and I were expected to perform at optimal levels constantly under the high stress environment we called work. Although this guy was an animal to say the least his food was delicious and was almost a privilege to learn how his mind worked, when it came to food.

One of his recipes was an herb aioli. It was a pretty insignificant sauce (compared to the hundreds of other items) that went on a sandwich on the lunch menu. This sauce was downright delicious, I mean the first time I tried it, I fell in love. The only problem was, nobody could get the recipe to work other than chef! We would all stand around and watch, and still nothing.

After three years of walking on eggshells, I decided that it was time to move on a perfect my craft elsewhere. I ended up taking this impossible recipe with me on my quest for food knowledge. I can’t believe it took me so long to figure out how to by pass this intricate recipe and still unlock its full potential. Fortunately, I have achieved this minor goal; and now I’ve made it vegan!

The history of this sauce date back to the roman times, but we don’t need to go that far to get the point. Our story starts in France. Most people will tell you that aioli is a French invention, but as we just learned it is not. I will say that the French definitely spread the word of aioli due to their infamous influence on food.

Aioli is simply a garlic infused mayonnaise. Whether garlic was brought to France from the romans, the crusaders, or just native to their soil at the time is unknown. The only thing we really need to know is that they got it and they made Aioli.

This sauce was traditionally served with poached salt cod, but any fish or preparation quickly became the norm.

The great thing about this vegan herb aioli , for us vegans/vegetarians, is that this sauce is very versatile.

I’m going to name a few examples of the uses of this sauce. If I try to name everything we will be here all day. The awesome thing about aioli is that it is essentially a blank canvas. You can flavor it with almost everything!

This Vegan Herb Aioli is the perfect oil and vinegar alternative for any leafy green salad or vegetal salad.

In France, aioli is traditionally served with blanched vegetables. These vegetables will vary from place to place, but you get the point. Virtually all vegetables can be paired with this sauce.

I was the chef de cuisine at a restaurant that sold mostly small plates. We sold a punched potatoes dish, with herb aioli and shaved horseradish. Over the course of 1 year we sold 1000+ of those little treats.

I cant tell you how these two things go together. You just have to see for yourself. In Italy, some form of toasted bread is served with a lemon aioli and crushed tomatoes. You add a little wood fire smoke into that combination and I won’t leave that restaurant!

Depending on your approach you can have some real solid sandwiches, salads, or composed dishes staring a delicious tofu/tempeh. Vegan Herb Aioli can really compliment these dishes.

If you enjoy the impossible and beyond products, then this is a sauce to consider. I particularly like this recipe with beyond sausage.

This recipe uses silken tofu or Japanese tofu to by pass the use of eggs for emulsification. The key with this particular ingredient is to blend it completely smooth. Whether you use a immersion blender or a regular blender, a smooth puree is best practice.

The use of acid is essential for this vegan herb aioli. A squeeze of fresh lemon juice works wonders for this recipe. Choosing a vinegar that matches your application is a necessity too. If you are going for multi-use, use apple cider vinegar or rice wine vinegar.

In a normal aioli, you would use a blended oil to save money but since this recipe uses so little oil. I would recommend an oil that has an intense flavor. Extra virgin olive oil is my first choice, but feel free to use any oil you like. If you want to use coconut oil, I would pick refined.

This recipe will last up to a week in the fridge! I do not recommend freezing this recipe. The reason being is the herbs folded into this sauce will become nasty. If you have to freeze, then just fold herbs into the sauce in small batches as needed. Store in an air tight container.

Salt makes or breaks this recipe. Make sure you taste multiple times and season little by little. Do this until you get the recipe just right!

Don’t be afraid to make this recipe your own. Taste it, and if it isn’t just right for you, then add what you like. Maybe you want more acid, or maybe you like spicy? I like to add Dijon mustard to mine, but even whole grain mustard will be a great addition to this recipe. 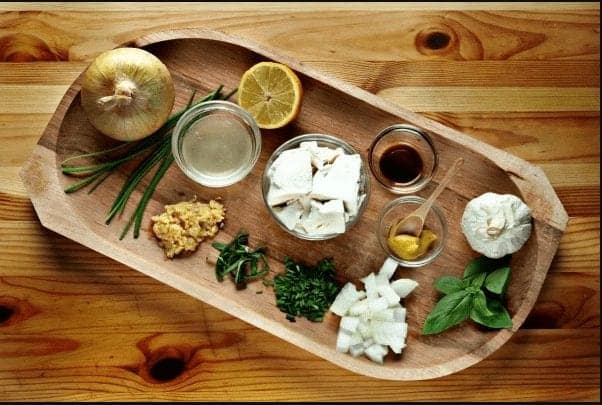 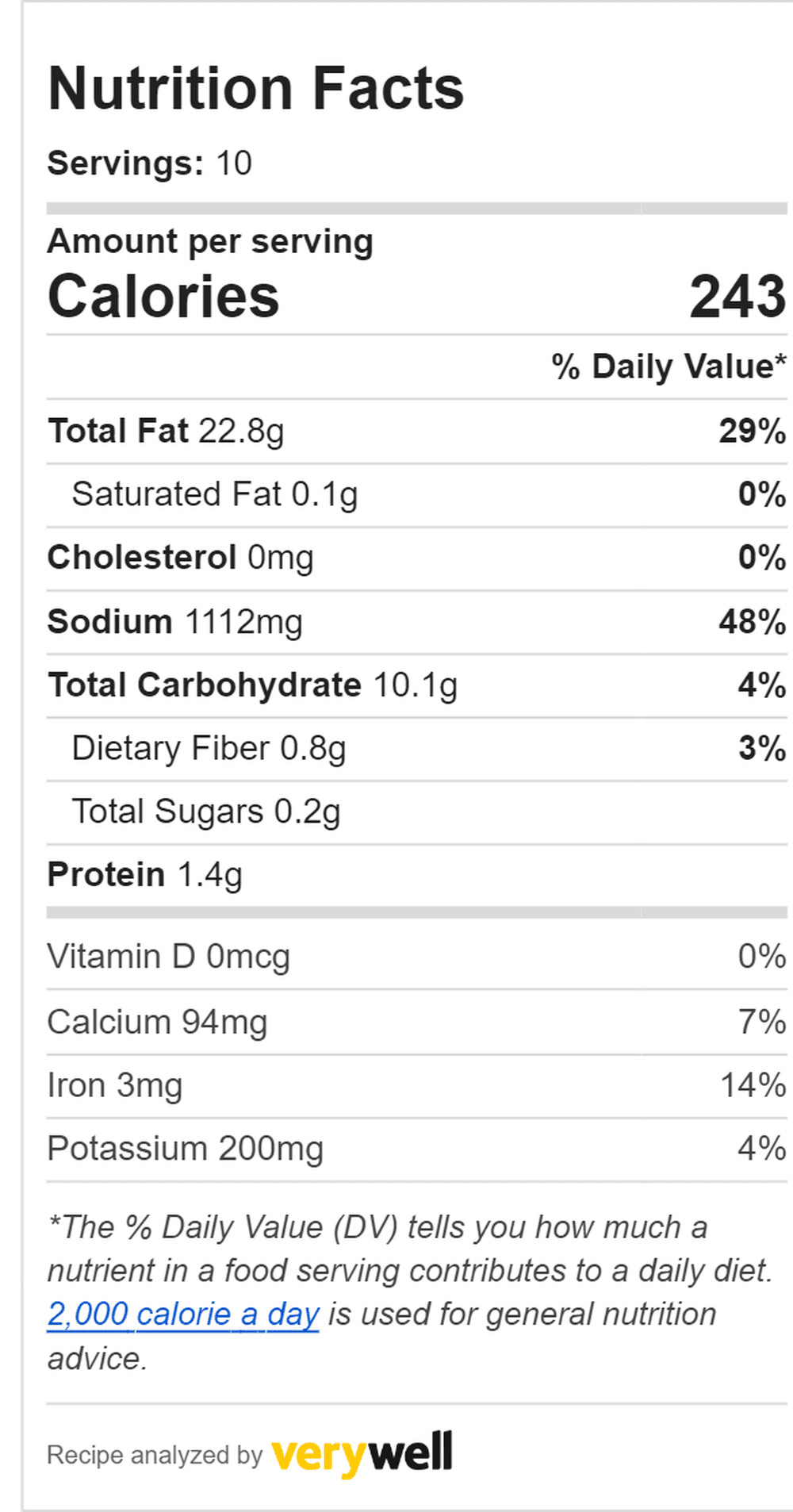 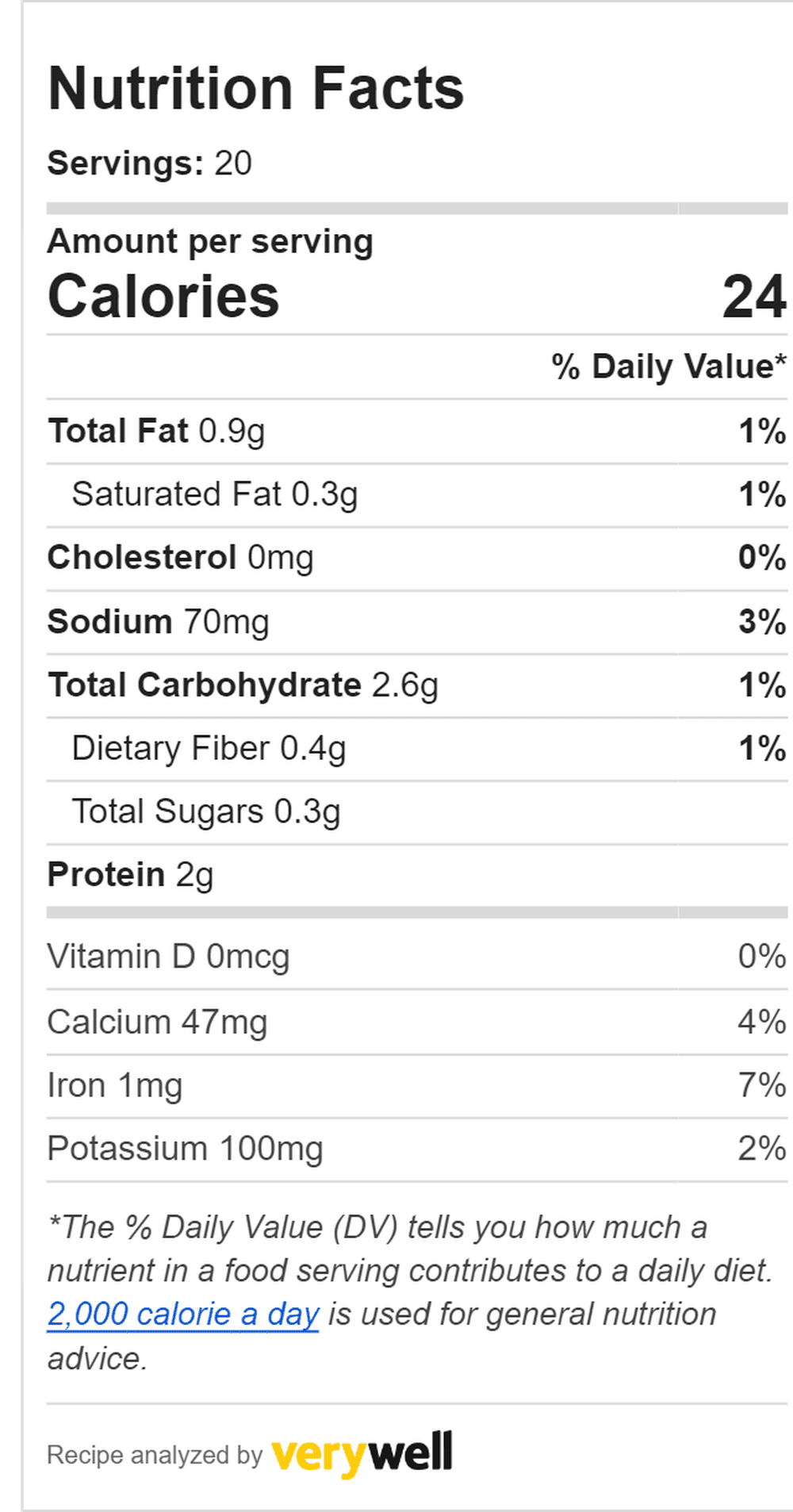 This recipe is not for beginners! If you can handle it, this is the best vegan aioli out there! Trust me, I’ve tried almost all of them! Get ready for this! I do recommend using a blender or an immersion blender in this recipe. It is a total pain without one of those things.

That is what happens when you freeze tofu it gets a yellow color to it. Especially if you used the low fat recipe, then you will definitely notice a yellow tint due to the milk and tofu.

The sauce does merry with the flavors more and more over the first 24 hours. You will notice this with many Aiolis. Like my Vegan Yum Yum Sauce as well.

You can use what ever aioli base you like. The point of these recipes is to check the amount of acid and herbs I’m using for the amount of aioli. Get the proportions down, and use whatever base you want!

In a can of chick peas, the peas are submerged in a liquid. This is aquafaba. If you cook your own, the aquafaba is the cooking liquid you used. This stuff is actually quite valuable is the vegan world, I recommend you keep it.  I’ve seen aquafaba whipped into meringues, made into ice-creams, and a lot more. It’s a pretty versatile product.

This is seriously one of the most frustrating things in the world, especially if you spent a lot of time emulsifying the oil.

The most common reasons aioli breaks

The aioli gets to thick and you keep emulsifying oil. Occasionally during emulsification you need to ad a teaspoon or two of water. Once the aioli is thinned back out you can emulsify more oil. I know this sounds crazy but it is a density thing. If the sauce gets too dense it will break, like most sauces.

You are emulsifying oil to fast. You need to be pouring 2-3 tablespoons of oil per 10 seconds, maybe even more. I know this seem like it will take forever, because it does. This is a slow process, that’s why I also featured quicker ones in this article.

Make sure you measured and scaled the recipe right. I’m not trying to be a jerk, trust me. Sometimes us chefs/ foodies are caught up doing a bunch of stuff and we only scale half a recipe, or leave out 1 ingredient. Double check your numbers!

Now days, food is changing so much and becoming more contemporary and modern. Its important to keep up with the times, you will see all kinds of craziness chefs are coming up with now.